Watching the Law: Genocide - (2) - The elements of the offence

This post considers three further questions concerning genocide - (i) identifying the protected group or groups, (ii) whether acts of genocide always require an underlying genocidal policy by a state or organized authority, (iii) how to discern genocidal intent.

The 1948 convention applies to protected groups -

Genocide - (2) - The elements of the offence 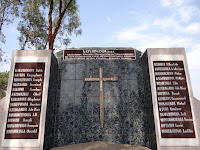 An earlier post looked at the basics of the offence of Genocide as defined by the 1948 Convention.

This post considers the elements of the offence in greater detail. Links to some decided cases are provided to assist those who wish to delve more deeply into this subject.

*** The elements of the offence of Genocide ***

Many instances of such crimes of genocide have occurred when racial, religious, political, and other groups have been destroyed, entirely or in part.

The punishment of the crime of genocide is a matter of international concern."

The General Assembly then affirmed -

Read more
Posted by ObiterJ at Tuesday, April 05, 2022 No comments:

" ... aggression, ... is not only an international crime;  it is the supreme international crime differing only from other war crimes in that it contains within itself the accumulated evil of the whole." - Nuremberg judgment 1 October 1946

Press Release: Calling for the Creation of a Special Tribunal for the Punishment of the Crime of Aggression against Ukraine | The Office of Gordon & Sarah Brown (gordonandsarahbrown.com)

and please read the Statement and Declaration.

Aggression - its definition and ICC jurisdiction:

The International Criminal Court (ICC) is founded by the Rome Statute of 17 July 1998 - Rome_Statute_English.pdf (icc-cpi.int).

The Russian action in Ukraine has been rightly condemned by the British government and by most other governments, international bodies, non-governmental organisations such as Amnesty International, and by individual opinion worldwide.

Links to the wide-ranging actions taken by other bodies are in this post on my Law and Lawyers blog - Conflict in Ukraine (3) - Reaction - UN, Council of Europe, EU, ICC, ICJ (obiterj.blogspot.com)

The International Court of Justice (ICJ) announced an application by Ukraine to institute proceedings against Russia. 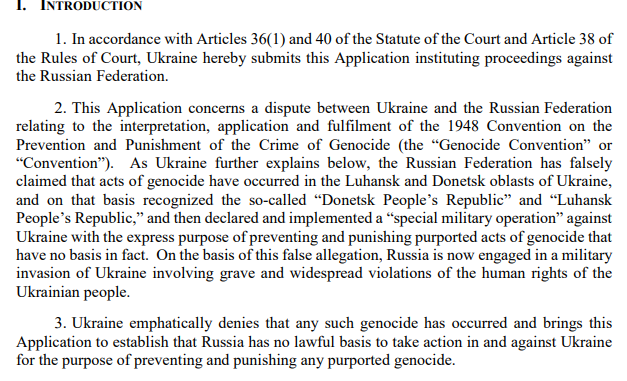 Doc.9_Convention on the Prevention and Punishment of the Crime of Genocide.pdf

The Court indicates provisional measures (icj-cij.org) - Order of 16 March 2022 - Allegations of Genocide under the Convention on the Prevention and Punishment of the Crime of Genocide - Ukraine v Russian Federation.

Stanišić and Simatović convicted by the IRMCT

Jovica Stanišić was the Head of the State Security Service ("DB") of the Ministry of Internal Affairs of the Republic of Serbia ("MUP").

Frank Simatović was employed in the Second administration of the DB.

Both men have been convicted by the International Residual Mechanism for Criminal Tribunals (IRMCT) of various crimes including aiding and abetting murder - see the announcement of 30 June 2021.

A 10 page judgment summary is available as well as the Case Page.

The two men were arrested in March 2003 and it has therefore taken 18 years to arrive at this verdict. This was a retrial which commenced on 13 June 2017.

Sentences of 12 years imprisonment were imposed subject to credit for the time already spent in custody.

Mladić should be condemned by all responsible officials in the former Yugoslavia and around the world. His name should be consigned to the list of history’s most depraved and barbarous figures.

On 8 June 2021 the Appeals Chamber of the International Residual Mechanism for Criminal Tribunals handed down its judgment in the Mladić case.

Read more
Posted by ObiterJ at Thursday, June 10, 2021 No comments:

Sovereignty - what is it ?

"Do you want to see sovereignty back?  Then vote to leave the EU."  That was the headline to an article in The Telegraph 8th February 2016.  It suggested that, by being in the EU, the United Kingdom had lost its sovereignty but what does that word actually mean?

There is a large amount of discussion in texts on International Law as to what a STATE actually is; how one comes into being; how one ceases to exist.  Basically, a State in international law has a population, defined territory (including airspace and water adjacent to the land territory), a government and the capacity to enter into relations with other States.  Moreover, it will be recognised as a State by other States and, of course, States can enter into alliances with eachother or other agreements (such as trade treaties, extradition treaties etc).  It is said that the State has SOVEREIGNTY.

Read more
Posted by ObiterJ at Tuesday, October 20, 2020 No comments:

A Codified Constitution for the UK ? 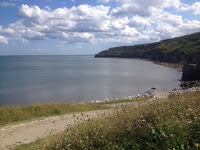 The United Kingdom's constitutional arrangements are essentially political in nature as opposed to being based on a legally binding formal (or codified) constitution. The political nature of the arrangements continues to be true even though there are a number of "constitutional" Acts of Parliament such as those creating devolved legislatures / government for Scotland, Wales, and Northern Ireland.  One consequence of the political nature of the arrangements is that conventions play a considerable part by setting out the behaviour expected of individuals in particular situations. For example, it is by convention that Royal Assent is not withtheld for a bill which has passed through all its parliamentary stages.  Another example is that, by convention, Her Majesty appoints as Prime Minister the individual who appears most likely to be able to command a majority in the House of Commons - normally the leader of the political party which has gained the most seats at a general election.

Constitutional reform continues to be on the radar of the various political parties contesting the 2019 election but the proposals on offer fall short of making a commitment to a formal written, or codified, constitution for the UK even though recent events, particularly in connection with Brexit, have again raised the question of whether such a constitution would be desirable.

It is now 27 years since Lord Scarman called

Read more
Posted by ObiterJ at Tuesday, October 20, 2020 No comments:

The International Court of Justice, in a unanimous decision, has applied "provisional measures" in the case of Gambia v Myanmar.


Application of the Convention on the Prevention and Punishment of the Crime of Genocide (The Gambia v. Myanmar) - The Court indicates provisional measures in order to preserve certain rights claimed by The Gambia for the protection of the Rohingya in Myanmar


Request for the indication of provisional measures

Application of the Convention on the Prevention and Punishment of the Crime of Genocide (The Gambia v. Myanmar)

The Guardian 25 January 2020 - Francis Wade - The persecuted Rohingya now have legal protection, but will it amount to anything?